The PLANNET Team is on the Move!

PLANNET is pleased to announce that as of September 2022, the PLANNET team has relocated from Anaheim to a new, larger facility in Brea, CA. With an expanding business and a crop of new hires, the team has upgraded to a larger office space with more technological advancements. The campus, located at 10 Olen Pointe, includes stunning modern architecture, twelve unique sculptures, and three water features that inspire views throughout the thirty-three acres of landscaped grounds that serve employees and clientele. PLANNET’s office, Suite 410, has many new amenities to help PLANNETeers better serve our clients. With the support of a number of PLANNET partners, the new office suite comes equipped with state-of-the-art technologies such as high-resolution monitors, Polycom audio, auto-tracking/auto-framing cameras, and tablets to elevate and help support our clients both nationally and internationally. The space also includes several conferencing abilities, collaboration spaces, and full teleconferencing capabilities. 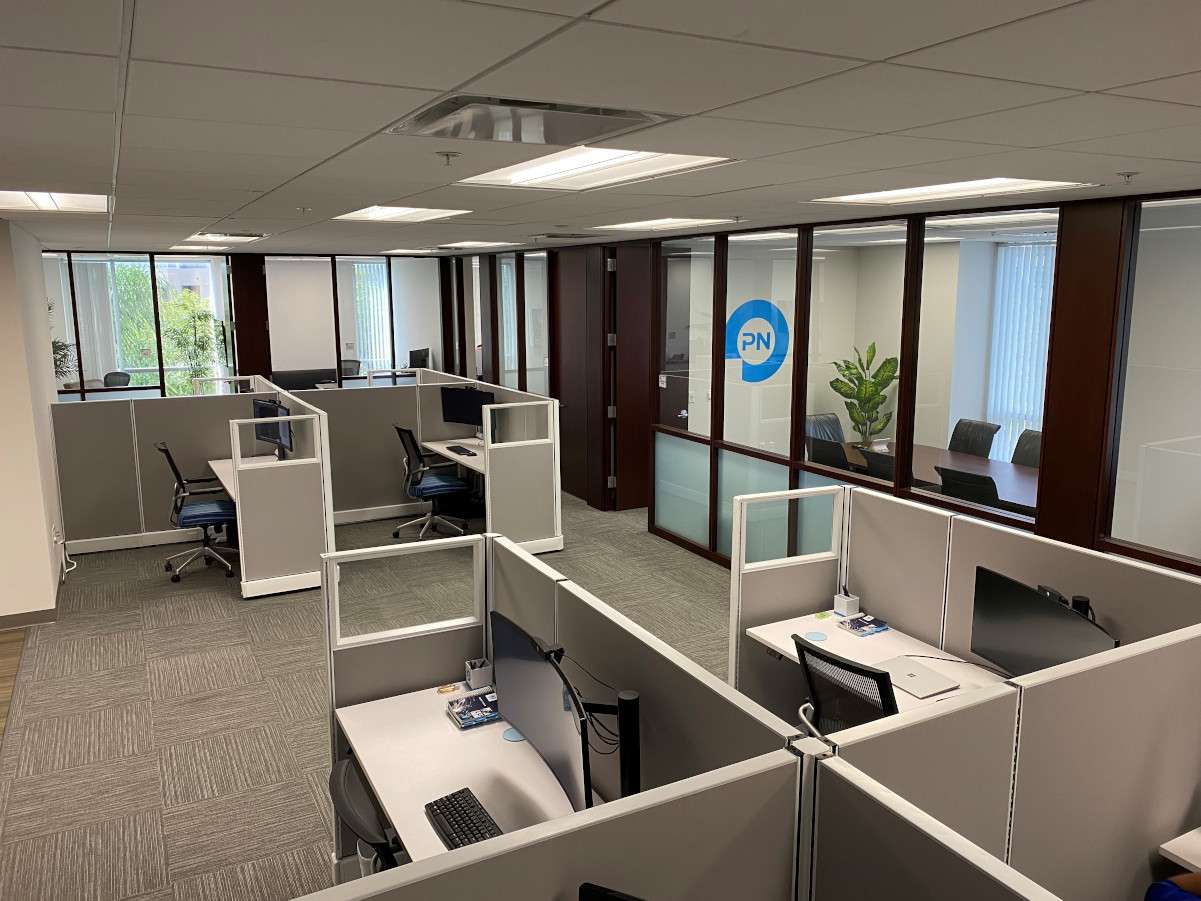 Located only thirty miles from downtown Los Angeles, the new office will serve as a touch-down point for employees and a support center for clients such as the Metropolitan Water District of Southern California, Warner Bros./Discovery, L.A. Union Station, Sony Pictures, City National Bank, and many others.

PLANNET also has offices in Arizona, working with developers, architects, and clients who have become familiar with PLANNET’s technology strengths. With our continued success in Arizona and our acceptance by local business communities, PLANNET has now become an established regional design and delivery partner in the Phoenix/Tucson area. A few of our AZ clients include Arizona State University, Grand Canyon University, and the University of Arizona.

The new Brea office will be the headquarters for all PLANNET representation across the U.S., providing better and easier coordination between interstate offices.

To learn more about the valued partners who helped us create our great new space:

Click here to discover more about how PLANNET can help you with your technology infrastructure and data center needs.