Tooker House is a 458,000 square foot 7-story housing and education building that connects to the main Arizona State University campus via a bridge and walkway. It is the latest of PLANNET’s eight projects with Arizona State University, including the renovation of the adjacent and historical Manzanita Hall. The newly constructed Tooker House building is host to engineering classrooms, laboratories, co-ed dormitories, a fitness center, passive lounges for studying/collaboration, active lounges for gaming or socializing, outdoor gathering spaces, a large dining hall, and laundry facilities. PLANNET’s designed the IT infrastructure to be symbiotic with the unique designs and architecture of a building.

PLANNET provided the design and oversight of the implementation of the wireless, telecommunication, audiovisual, and technical infrastructure for the entire building. PLANNET’s expertise allowed for close coordination with the University’s UTO Department to extend the university’s established network backbone to support all the new infrastructure. PLANNET’s Audio Visual team played a large role in the Tooker House project. The team provided systems and infrastructure design supporting a background music system that can be controlled from the front desk and allows for different volumes in multiple zones throughout the property, displays and audio for the fitness center, projectors/screens and enhanced audio for the academic spaces and collaborative supported displays for both the active and passive lounges.

Working together with the UTO Department, PLANNET used predictive heat maps to strategically place wireless access points throughout the facility, allowing students to work collaboratively with reliable internet connections and minimal interference between access points. The study rooms were outfitted with displays that students can connect to wirelessly or using an HDMI connection. Adding another useful feature for residents, PLANNET designed the cabling infrastructure for a state-of-the-art laundry facility that notifies the students when laundry loads are done, or when a washer/dryer has become available for use. These efforts helped transform Tooker House into an award-winning student living and learning center that will help foster the next generation of engineers. 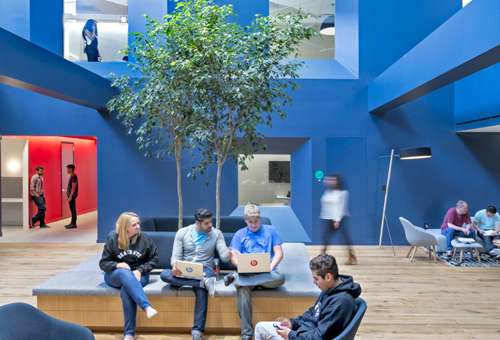